2020 New and Returning Performers!  The following was our 2020 full line up and stay tuned for a few surprises this year... 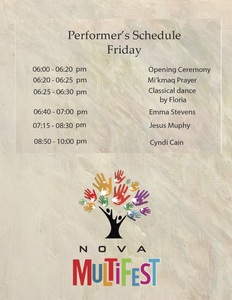 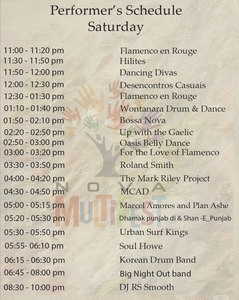 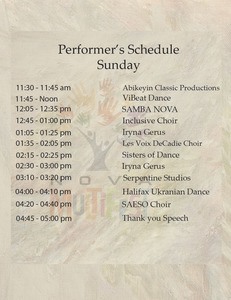 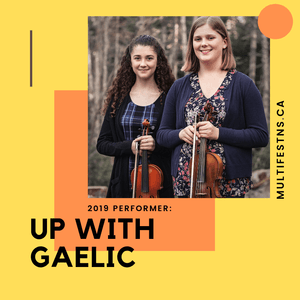 Abby and Ella Hanson are teenage sisters from Dartmouth with strong ties to Cape Breton and the Nova Scotia Gaelic community. They perform together in the traditional Cape Breton/Scottish Gaelic fiddling tradition; Ella also step dances and Abby sings traditional and contemporary Gaelic songs. The sisters are partners in their business “Up With Gaelic” and have given Gaelic Culture demonstrations and presentations to community associations, government groups, educators, and over 5000 elementary students in the HRM and surrounding areas. 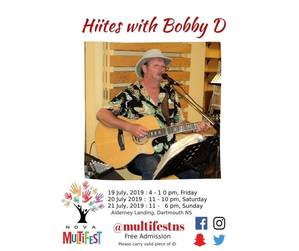 Come out to Nova Multifest - 2019 to enjoy Hiites with Bobby D! 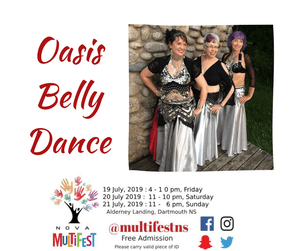 Oasis Belly Dance will be performing at Nova Multifest - 2019!! They are an amateur troupe of 3 to 6 women from the South Shore performing modern Middle Eastern dance. They perform at seniors' residences, fundraising events and festivals from Liverpool to Cape Breton. 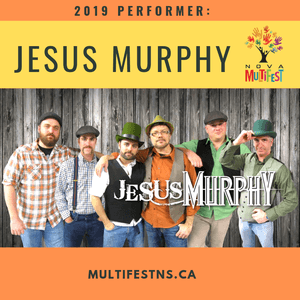 'Jesus Murphy' will be performing at Nova MultiFest. Mark your calendars to catch this fabulous show on July 19th at 7pm, to rock downtown Dartmouth!!

The band's staple of down-home standards has quickly become the soundtrack for many East Coasters. You can catch their raw energy at a number of events throughout the region. 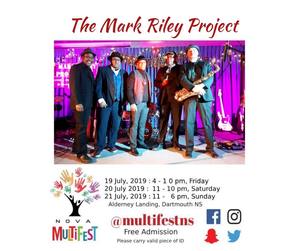 This dynamic group will perform songs from the past and present in the Rhythm and Blues genre(R&B). Three of the members are from Nova Scotia, 1 from the UK and 1 from the Solomon Islands. Join us on July 19th, 20th and 21st to celebrate our province's rich tapestry of culture and diversity. 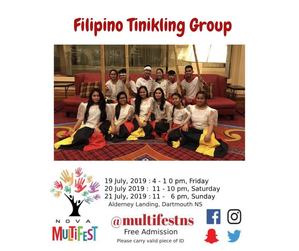 Filipino Association of Nova Scotia  will present Tinkling, a traditional folk dance from the Visayas region of the Philippines. The dance imitates the movement of the tinkling birds as they walk between grass stems, run over tree branches, or dodge bamboo traps set by rice farmers. Dancers imitate the tinkling bird's legendary grace and speed by skilfully manoeuvring between large bamboo poles. The dance is commonly performed at schools and on special occasions, such as the Filipino Independence Day, as a celebration of Filipino culture and Filipino pride. 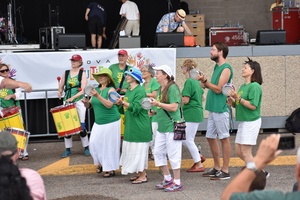 Samba Nova will make you want to move! Samba Nova is a community percussion group in Halifax that plays Brazilian style samba batucada. Founded in 1989, some of the group’s pieces are very traditional while others highlight some funky beats! Catch them at Nova Multifest on July 21.

Iryna Gerus will be giving an great performance  at Nova Multifest 2019.

Stay Tuned for a Bhangra Dance Performance by Shan-e-Punjab and Dhamak Punjab Di On Saturday July 20  at 5:20 pm. These power pack performances will definitely create a buzz in the crowd. 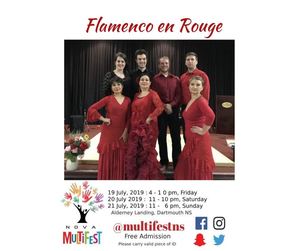 Flamenco en Rouge is Deeply committed to the purity and elemental intensity of flamenco music and dance, Flamenco en Rouge brings together artists who share a unique creative vision. Through the artistry of original solo and ensemble works, artists combine an auditory and visual display that creates an exhilarating experience. The artists are internationally trained and have performed on stages in Canada and Spain.

Stay Tuned for a Bollywood and  Classical Dance Performance by ViBeat Studios at Nova Multifest.

Established in 2006, the Arirang Drum Team is a Halifax-based Korean drum team that features various traditional percussive rhythms originating in Korea. The team is known for its exhilarating and synchronizing percussive assemble on stage, and has made over 100 appearances in Halifax community, including the Halifax Multicultural Festival at Halifax Waterfront and the Halifax Drum Festival at the Rebecca Cohn. The team consists of and is open to anyone of any age who is interested in learning and sharing Korea’s traditional music in Halifax and beyond. On July 20 at 6:15 PM

We are excited that Serpentine Studios will be performing at Nova Multifest on SunsY July 21 AT 3:10 PM!  Monique's Tribal Fusion and Laura's Classic Egyptian training combine to create a unique and hypnotic style that has delighted audiences across Canada since 2003.

For the Love of Flamenco

The group is thrilled to have guest dancers Maria Osende (Spain) and Julio Fernandez (Cuba) for the occasion. Their set will include dances ranging from the traditional "Sevillanas" a folks-dance from Seville to the joyful "Alegrias" with "Batas de cola" - beautiful long trail flamenco dresses as well as Spanish inspired masterpieces, such as Bizet's "Carmen" and a Cuban-Flamenco salsa fusion piece.  On July 20 at 3:00 PM

Stay Tuned for a Cultural Dance Performance from Dancing Divas on Saturday,  July 20 at 11:50 AM.

Stay Tuned for a Dance Performance by Sisters of Dance on Sunday, July 21 at 2:15 PM

We use cookies on our website to give you the most relevant experience by remembering your preferences and repeat visits. By clicking “Accept All”, you consent to the use of ALL the cookies. However, you may visit "Cookie Settings" to provide a controlled consent.
Cookie SettingsAccept All
Manage consent

This website uses cookies to improve your experience while you navigate through the website. Out of these, the cookies that are categorized as necessary are stored on your browser as they are essential for the working of basic functionalities of the website. We also use third-party cookies that help us analyze and understand how you use this website. These cookies will be stored in your browser only with your consent. You also have the option to opt-out of these cookies. But opting out of some of these cookies may affect your browsing experience.
Necessary Always Enabled
Necessary cookies are absolutely essential for the website to function properly. These cookies ensure basic functionalities and security features of the website, anonymously.
Functional
Functional cookies help to perform certain functionalities like sharing the content of the website on social media platforms, collect feedbacks, and other third-party features.
Performance
Performance cookies are used to understand and analyze the key performance indexes of the website which helps in delivering a better user experience for the visitors.
Analytics
Analytical cookies are used to understand how visitors interact with the website. These cookies help provide information on metrics the number of visitors, bounce rate, traffic source, etc.
Advertisement
Advertisement cookies are used to provide visitors with relevant ads and marketing campaigns. These cookies track visitors across websites and collect information to provide customized ads.
Others
Other uncategorized cookies are those that are being analyzed and have not been classified into a category as yet.
SAVE & ACCEPT